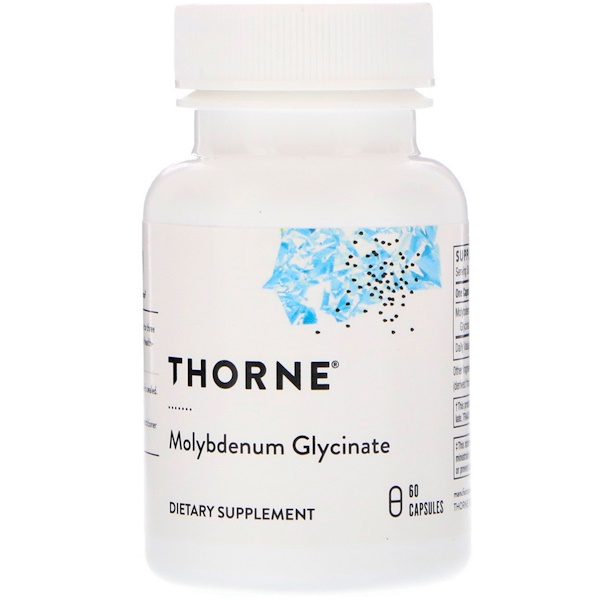 Molybdenum, as a cofactor for sulfite metabolism, benefits individuals with sulfite sensitivity. Molybdenum Glycinate is a well-absorbed chelate.

Sulfite sensitivity can manifest in a number of ways, such as wheezing, chest tightness, coughing, shortness of breath, flushing, itching, hives, swelling of eyes, hands and feet, nausea, headache, and diarrhea. Sulfite oxidase, the most important molybdenum-dependent enzyme in humans, oxidizes sulfite to sulfate, the final step in the metabolism of sulfur-containing amino acids.

Take 1 capsule one to three times daily or as recommended by your health-care practitioner.

Tamper Evident: Use only if bottle is sealed. Store tightly sealed in a cool, dry place. If pregnant, consult your health-care practitioner before using this product.