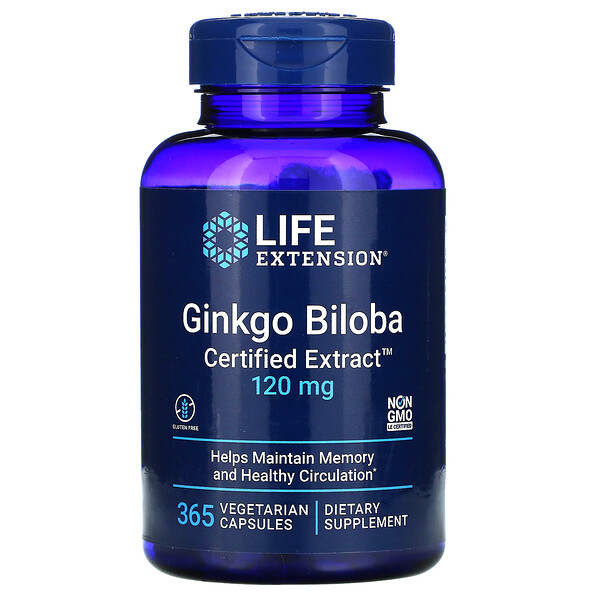 The Ginkgo biloba tree is essentially unchanged in 200 million years and has been used to support memory and cognitive health for centuries. Our ginkgo biloba is vegan, non-GMO and contains an extract standardized to 24% ginkgo flavone glycosides, 6% total terpene lactones and <1ppm ginkgolic acid—the compounds thought to support cognitive health.

For centuries, Ginkgo biloba extract has been used to support health. Research has clearly established its benefits for memory and cognitive function, quality of life and more.

Ginkgo leaf extracts contain numerous bioactive compounds, including ginkgo flavone glycosides, terpene lactones and trilactones, proanthocyanidins and many more. It is these bioactives that are thought to make ginkgo such a cognitive function powerhouse.

Ginkgo extract is one of the most-studied supplements for cognition and memory. It supports your ability to accomplish daily tasks and helps maintain quality of life.

Our Ginkgo Biloba Certified Extract™ has been concentrated and dual-standardized for 24% ginkgo flavone glycosides, 6% total terpene lactones and <1ppm ginkgolic acid per dose.

Read the entire label and follow directions carefully prior to use.

Take one (1) capsule twice daily, or as recommended by a healthcare practitioner.

If you are taking anticoagulant or antiplatelet medications, or have a bleeding disorder, consult your healthcare provider before taking this product.